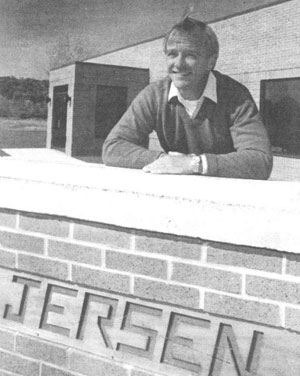 John R. Jersen, founder and Professional Engineer, graduated from RPI in Troy, NY with a degree in Civil Engineering and a Masters in Management. In 1983, he left the presidency of a large area contractor and founded Jersen Industries.

Working mostly in the private sector serving companies such as General Electric, BASF, Cargill and Niagara Mohawk, to name a few, Jersen quickly developed a reputation for quality workmanship, and its ability to complete jobs on schedule and within budget.

With a customer first approach, coupled with Jersen’s integrity and ingenuity, the company began to grow along with our valued client base.

With a core group of key employees, Jersen continued a controlled growth and unlike much of its competition, performed a majority of the work in-house with a special focus on heavy concrete foundations & infrastructure.

Today, the business is owned and run by his two sons, Ken and Dave. Together with their growing team, Jersen Construction Group serves clients across New York State as a General Contractor and Construction Manager in many industries including Education, Technology, Industrial and Commercial sectors.